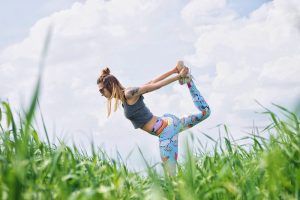 If you or someone you know has joints they can move beyond what looks like the “normal” range, and reminds you of being “double jointed,” this post is for you.

80% of the cases seen in my office are girls. Frequently, the mother has a history of hypermobile joints. The person with the condition typically accepts their aches and pains as “normal” until pain threatens their ability to function in daily activities, especially a sport they like to play.

I’ve included a link to an article published in the British Medical Journal for anyone wanting more information. In a nutshell, there are three serious hereditary connective tissue disorders and a benign condition that cannot be easily separated in an office setting, including pediatricians.

Given my extensive background in non-medical pain management and my experience treating athletic injuries, parents often seek my advice and treatment of their high school daughters plagued by pain or prolonged soreness during or after athletics. The excessive joint laxity revealed upon physical assessment is sometimes known to them, sometimes not. Regardless, my role in such cases is to aid in deciding whether or not I have a contribution to make toward the child returning to/toward normal function thereby reducing their risk of injury as they load and torque their joints, muscles, tendons, and fascia when they accelerate, bend, swing or jump.

A recent case featured a fifteen-year-old girl with joint hypermobility in her arms, legs, and spine. The obvious adaptation-distortion in her spinal muscles rendered her shoulders and hips unlevel, suggesting scoliosis was developing. I regarded my treatment options as minimal aside from a sixty-day trial on a nutritional formula that has helped many individuals with the same condition. A bit alarmed by my findings and the oversight of her pediatrician, the parents opted to seek out another opinion from medical specialist at a renowned children’s hospital. This physician determined that the girl did not have one of the three serious disorders, and essentially dismissing the benign case as insignificant, telling her parents she could return to her preferred activities and utilize over-the-counter medications to curb her daily pain. The recommendation showed little regard for her spinal health and function as well as the added risk of kidney and liver failure over time. Essentially, the approach was, as long as she is not in pain, she is fine!

Of course, I have my bias and think a better first step was to try to support her infrastructure for sixty days and accept that she has a condition which increases the risk of joint replacement and disability later in life due to osteoarthritic degeneration. Parents, if you have a daughter or son that complains of recurring or long term pain during athletics, do not summarily dismiss their comments. And, do not rush to Tylenol or Advil; there are many natural anti-inflammatory and pain-relieving formulas I offer. My advice, whenever possible, figure out why your child is experiencing recurring or prolonged pain and seek the most beneficial and least risky treatment options to help them enjoy optimum health both now and long into life.